The new increased conveyancing fees will come into operation on 31 January 2020 in terms of the Amendment of the Deeds Registries Regulations - Deeds Registries Act 47 of 1937 (Government Gazette No. 7085).

Conveyancing fees have increased for property transfers and bond registrations.

The good news is that government taxes (transfer duty and stamp duty) have not increased.

How can a foreigner purchase Agricultural land in Namibia?

With eleven ethnic groups living in peaceful harmony, Namibia is equipped with a rather wonderful history. Since gaining its independence from South Africa in 1990, the country has had a stable democratic government with the president as the head of state. With a population of approximately 2.3 million people and an area of 824,300 km2, Namibia offers large farmlands as an excellent foreign investment opportunity.

Namibia’s unique location next to the Atlantic Ocean further unlocks the potential benefits for international trade with focus on import and export. Its neighbouring countries like South Africa, Angola, Botswana, Zambia and Zimbabwe act as easy gateways to exploring the far ends of the African continent and the wonders it has to offer.

3 Things to Remember when Selling your Home! 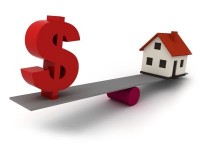 Selling a home can be stressful as you're likely to be buying one at the same time, but planning ahead will make the process a lot smoother. Information, such as the amount a buyer may borrow from the bank to purchase a home, is very important before putting your home on the market. As a seller, finding a professional Estate Agent is key. Aim for an Estate Agent that will under-promise and over-deliver. Don't hire an Agent just because they've promised to get you the highest selling price, or are offering the lowest fee.

Preparing your home for viewers is important, but preparing to sell your home is even more so.

Who can buy Agricultural land in Namibia?

Namibia's independence from South Africa was won on the 21st of March 1990 ushering in a stable and democratic Government with a President as Head of State. Hage Geingob, the current president is the nation's third leader since independence. Namibia is situated with South Africa on the southern border, and Angola to the North, with Botswana as the Eastern neighbour. The far north-eastern Caprivi Strip borders also Zambia and Zimbabwe, while the Atlantic Ocean with its vast volumes of fish forms the western border.

Namibia's troubled past still looms large over any discussion about land in Namibia. Land reform acts have been passed, and policies have been enacted to redress land inequality.