How can a foreigner purchase Agricultural land in Namibia? 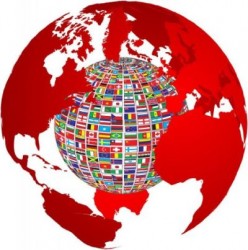 With eleven ethnic groups living in peaceful harmony, Namibia is equipped with a rather wonderful history. Since gaining its independence from South Africa in 1990, the country has had a stable democratic government with the president as the head of state. With a population of approximately 2.3 million people and an area of 824,300 km2, Namibia offers large farmlands as an excellent foreign investment opportunity.

Namibia’s unique location next to the Atlantic Ocean further unlocks the potential benefits for international trade with focus on import and export. Its neighbouring countries like South Africa, Angola, Botswana, Zambia and Zimbabwe act as easy gateways to exploring the far ends of the African continent and the wonders it has to offer.

The country is rich in minerals like uranium, gold, copper, zinc and diamond as well as in the agricultural and commercial sectors that make up a large part of its economy. Tourism and commercial hunting farms further aid in the country’s economy especially considering the employment opportunities it offers.

Namibia’s agricultural land is mainly divided into communal and commercial farm lands, offering excellent investment opportunities for foreigners. The Minister of Lands and Resettlement is responsible for giving consent of land trading where the title deed can be registered in both the investor’s personal name or another legal entity such as a corporation or a company.

With high rainfalls in the northern areas reaching an average of 450 to 500 mm per annum, the main farming practice is cattle farming where farm sizes reach an average 5,000 ha. In the south, rainfalls average 150 mm per annum and sheep farming is the dominant activity, including mutton and karakul pelt production that make up for a good amount of export to South Africa and Europe. Unlike in the north, the south offers an average of 10,000 ha of farm land due to its lower carrying capacity. Namibia’s lack of self-sufficiency in grains, vegetables and fruit calls for imports from South Africa although the country’s increasing popularity for game farms and tourism surely makes up for the inefficiency.

With the government enacting land ownership laws, a foreign investor must obtain the consent of the Minister of Lands and Resettlement prior to directly purchasing a land. In other instances, such land may also be indirectly purchased by purchasing shares in a company or corporation that owns the land, however, bypassing the consent forms only allows up to 49% of the shares to be purchased. The other 51% must be owned and registered to a Namibian citizen or legal entity.

Agricultural land transactions are considered special endeavours and may require prior consultation with a legal representative. With the additional help of an accountant, one may be further assured of their investment decisions while limiting the possibility of transgressions against the Land Reform Act. Namibia Land Reform Act & Regulations...

Visit Philip Swanepoel Attorneys to assist you with any legal aspects relating to agricultural transactions.