Who can buy Agricultural land in Namibia? 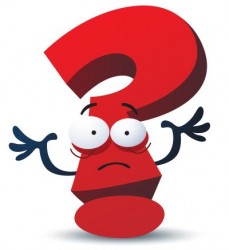 Namibia's independence from South Africa was won on the 21st of March 1990 ushering in a stable and democratic Government with a President as Head of State. Hage Geingob, the current president is the nation's third leader since independence. Namibia is situated with South Africa on the southern border, and Angola to the North, with Botswana as the Eastern neighbour. The far north-eastern Caprivi Strip borders also Zambia and Zimbabwe, while the Atlantic Ocean with its vast volumes of fish forms the western border.

Namibia's troubled past still looms large over any discussion about land in Namibia. Land reform acts have been passed, and policies have been enacted to redress land inequality.

It is for this reason that Namibian law places restrictions on foreigners' access to, and ownership of, agricultural land. Land is taken seriously in Namibia, particularly farmland. Any purchase of farm land in Namibia must abide by the rules of the land, and foreign purchasers are well advised to adapt to the law of the land or they certainly may be the subjects of forfeiture. Government policy says a foreigner may only obtain a 49% share in a company owning agricultural land. However, the Minister of Lands and Resettlement has the authority to overrule this requirement in specific instances.

Government is buying commercial farm land to resettle landless Namibians Therefore, any person who intends selling his farm has to offer it to the Government first. Should Government not be interested in purchasing the property, a “waiver” will be issued on that specific farm and it might be sold to a prospective buyer.

You Need an Expert

This is a specialised endeavour. One should not proceed in any agricultural land transaction without consulting a knowledgeable Estate Agent. Having the help of a professional Agent, Lawyer and Accountant assure you of that you are proceeding without any transgressions against the Land Reform Act. Read more about the Land Reform Act.